Cave of the Five Lakes

It was May 22, 1982 when Marco Bani, a speleologist, after identifying an opening under the walls of the hydrographic right of the Infernaccio, entered this cavity for the first time, together with two colleagues from the Speleological Section of Città di Castello. A few weekends were enough to get to know the whole cave and draw the topographical relief that testifies to a development that touches one kilometer. Seven years later it was still the tifernati speleologists who cleared the debris from the inside of a passage in the terminal part of the cave and came out onto the Ranchi meadow. There is an upper entrance to the Grotta dei 5 Laghi, the one violated in 1982, which makes this cave one of the most popular in central Italy, suitable for a speleological initiation and perfect for teaching the karst phenomenon.

In Marco Bani’s publication, the result of his degree thesis in natural sciences, 37 cave-dwelling species were described, accompanied by macro-photographs, something almost unique for the time.

The caves are a very interesting environment to observe the adaptations that organisms undergo to live in the absence of light, with relative humidity at saturation and with a constant temperature of 7 degrees. Speciation is much faster than outside, and this allowed the discovery of a spring insect, which was unknown to zoology and the new species was dedicated to the discoverer, calling it Deuteraphorura banii.

Scraping the filling of the entrance to breach the cave, the remains of a cave bear, wolf, wild cat, a giant Quaternary hare and various ungulates emerged.

But the Jurassic rocks have revealed much older fossils, those of marine animals that populated those warm and shallow reef waters almost 200 million years ago such as gastropods, or of deeper waters containing ammonites and crinoids.

Venturing alone without knowing its development could also present the pitfalls of an unexpected path. You go the wrong way if you don’t know it. The danger is high if you are not equipped with reliable and spare lights, if you are not dressed appropriately due to the high humidity and the temperature of only 7 degrees. The spare parts once you leave the cave are strongly recommended, especially in cold seasons.

The best and most recommended choice is to rely on a speleological group that knows the cave well or professional guides. 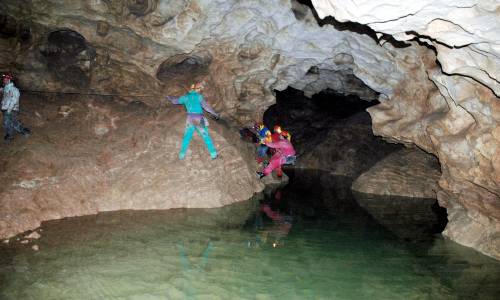 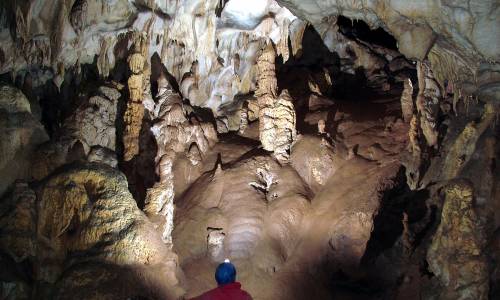 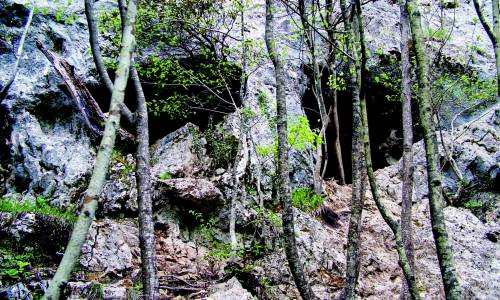