The Grotta delle Tassare is one of the most important cavities that open in Monte Nerone. The explorations began in the 1930s with the adventurous exploits of Don Giuseppe Rinaldini and fearless rainy boys with completely approximate means and equipment. Hence the name “Buco del Prete".

Many other explorations followed one another, including, in 1951, that of the Trieste speleologists led by the great karst scientist Walter Maucci. Today, with its 440 meters of depth, it still makes it the deepest in the Marche region.

Caves like these are formed on Monte Nerone because they are mountains, consisting mainly of limestone, a rock that can be corroded by rainwater and give rise to deep gorges, and also to important caves in cases where water can penetrate into the fractures , also creating spectacular faults such as the 60-meter deep Great Well, very wide, followed by a spectacular tunnel which, no more epidermal than the surface, heads towards the heart of the mountain.

The Tassare, have contributed to the understanding of the phenomenon of karst, responsible for the formation of the caves, but also for the modeling of the landscape of this part of the Apennines. After the first explorations by the Trieste people, the skeletons of two bears (Ursus arctos) were found by GSM Ancona. One at a depth of 165 m cemented by concretions and another completely intact at a depth of 355 m. The skeleton was brought to the Verona Museum. Recently requested by the Brancaleoni Museum in Piobbico, it was brought back under Nero, unfortunately without the skull.

The Grotta delle Tassare is an important and spectacular cave to go down. But be careful. The steep and slippery tunnels and verticals make it advisable only for experienced cavers or people of good psycho-physical aptitude guided by professionals, equipped with adequate clothing and equipment and basic knowledge of vertical progression on ropes. 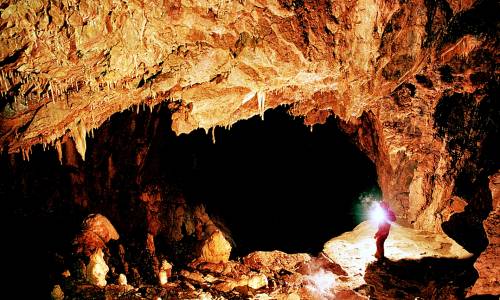 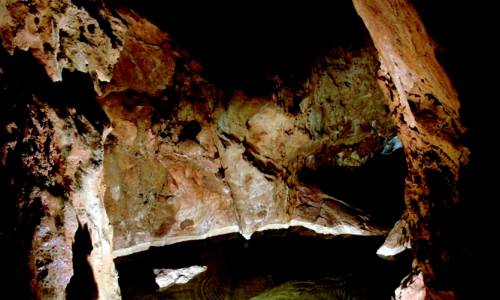 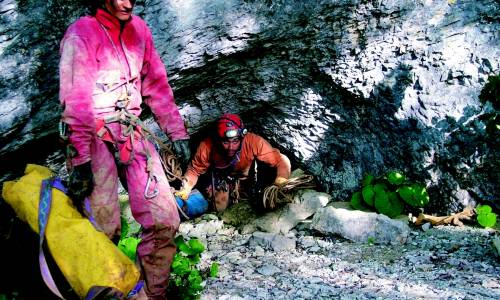