The coexistence between man and wolf is a convincing test to measure the environmental quality of a territory but above all to understand if our society accepts its equal in terms of hunting skills, defense of the territory and a sense of family.

Understanding whether we know how to achieve a balance that on the one hand, keeps the wolf away from sheep and calves, and on the other maintains large enough ecosystems and with sufficient naturalness to accommodate predation opportunities that leave the wolf in the woods, as is right.

The wolf is present only in the northern hemisphere where it has developed numerous different subspecies in some biometric characters but substantially similar in behavior and biology.

The wolf (Canis lupus) present in Europe has a body that measures in length from 100 to 165 cm, to which is added a tail of 35-50 cm; the height at the withers ranges from 60 to 75 cm, the weight of an adult individual from 30 to 45 kg, with females slightly smaller in size and weight. The Italian subspecies does not differ much from these biometric characters but is recognizable by some slight differences in the coat, found throughout the year, both in summer when the coat is tawny-brown, and in winter when it becomes gray-brown. The she-wolf gives birth in a den dug underground or obtained from a natural hole in the rock or in some cases, in ancient forests, in the hollow trunk of large trees lying on the ground: the birth takes place at the end of spring, then for 6 weeks the young , from 4 to 6, inept at birth, are protected and fed for many days by the mother who remains hidden with them while the other members of the herd bring her food.

By hunting in packs, wolves are able to kill even very large prey, such as deer, or aggressive and strong animals like wild boars. The choice of the animal to attack is always very reasoned, immediately identifying the specimen having the most difficulty in escaping, because it is young, inexperienced or because it is old with little energy. Wolves are not fast predators – success in pursuit is achieved over long distances, when the prey, having finished the initial sprint, has forcibly slowed down. 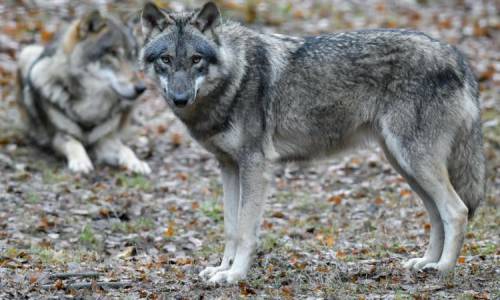 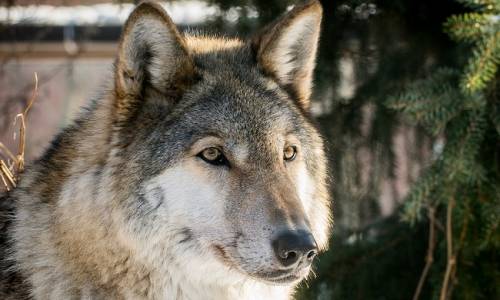