This cave owes its name to the peculiar and voluminous stalactites that characterize it that vaguely resemble hams (presciutti, in dialect), it is among the few to be known in historical times, such as that of Nero and Borghetto. It consists of a single large cave illuminated from the outside connected to a small room that is often flooded. Writings in the room, ancient coins and other small objects found in the filling, testify to presences dating back to past centuries.

To imagine the origin of the cavity, it is necessary to go back to about a million years ago when the Valle dell’Infernaccio had not yet been engraved by the stream and the waters flowed at a higher level than the current entrance to the cave. The waters took advantage of a sub-horizontal discontinuity of the Massive Limestone and generated by corrosion long pipelines present today with surviving sections on both sides of the Infernaccio Valley.

Recent research considers the Grotta dei Presciutti as a probable temporary den of the Banda Grossi, brigands who raged in the Pesaro area in the years 1860-62 with robberies and firefights with the newly installed Piedmontese carabinieri.

The cavern of the cave, being easily accessible and naturally illuminated, does not present a particular interest regarding cave-dwelling species.

An excursion to this cave does not have particular dangers but it is always advisable to be accompanied by a guide or an expert who, with their explanations, will enrich anyone’s cultural background. 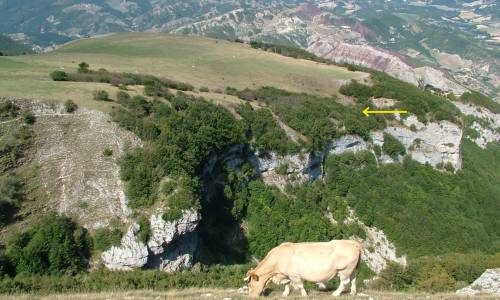 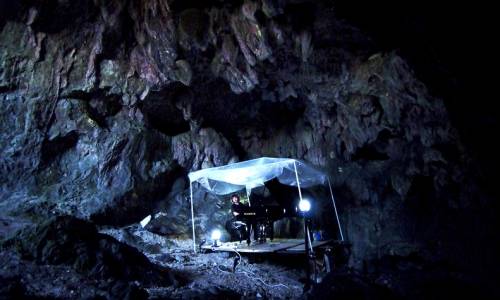 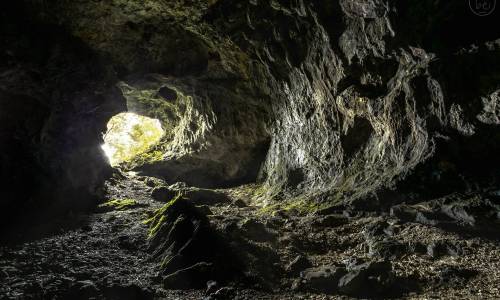