This large, easy-to-access cave is one of those that have always been known to the Neronian populations and is accessible to all, without danger. It provides the opportunity for a quiet excursion in the Presale gorge with the opportunity to notice how the karst action acts on the limestones and has forged the landscape, allowing you to go back all the sedimentary history of the Umbrian-Marche ridge up to the Massive Limestone of the Jurassic with eloquent examples of speleogenesis, that is, of how water generates caves by corroding the rock.

The Borghetto Grotto and several other small caves located around it are sections, blocked a few meters inside, of long and important conduits that crossed a large portion of this side. The Grotto is a segment unearthed by external erosion that has severed the underground galleries. In the light of this hypothesis, the upper part of the cave was reached with daring climbs, but the theorized continuation was found closed by calcareous concretions. The cave, being also open at the top, remains illuminated and has variable temperature and humidity, characteristics that do not allow the presence of cave fauna with the exception, near the cave, of the rare spectacled salamander (Salamandrina perspicillata), amphibian lover of humidity, endemic to the Apennines and so rare and peculiar that it was chosen as a logo by the Italian Zoological Union 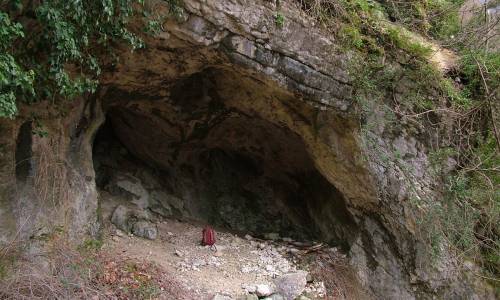 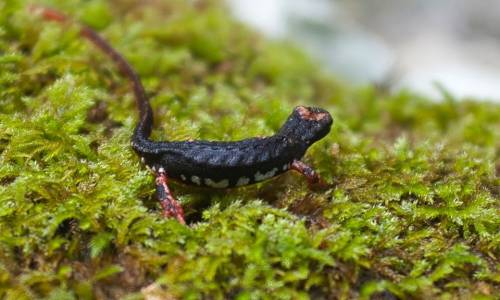 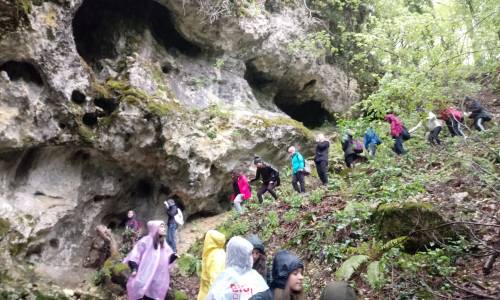